The Gallery at Leica Store San Francisco is excited to present its upcoming exhibition, The Persistent Image, featuring photographs by San Francisco photographer Pamela Gentile. Photographed over a span of thirty-plus years, the exhibition uncovers an intimate portrait of cinema made in near darkness during screenings of the San Francisco International Film Festival.

Gentile, who herself carries a deep appreciation for cinema, began photographing the festival as a film student in 1985. She and a boyfriend were able to gain press access to complete an assignment. He wrote the story and she photographed. With this access she both could attend one of the biggest film events in the world and come face to face with directors, producers, writers and actors. After presenting the work she made to the festival organizers, she was invited back to visit the next year as the official staff photographer. She has photographed every festival since, creating an incredible archive of the festival’s events and invited guests. With each passing year, Gentile made sure to pull aside each of the directors and actors to make portraits that differ from normal celebrity shots. This impressed the festival organizers, and they would often offer her studio space in each theatre. The artists she photographed include Akira Kurosawa, Spike Lee, Francis Ford Coppola, Mira Nair, Werner Herzog, Barry Jenkins, Robin Williams, Jackie Chan, Anjelica Houston, Ellen Page and Zooey Deschanel, among many others.

The exhibition, which will run between April 6 - May 31, 2017, will take you on a remarkable behind the scenes tour of the longest running film festival in the Americas, now entering its 60th year, and introduce you to some of cinema’s greatest along the way. Join us for an opening reception on Thursday, April 6, 2017 between 6pm and 8pm. RSVP Here

Founded in 1957, the San Francisco International Film Festival is the longest-running film festival in the Americas. Held each spring for two weeks, the International is an extraordinary showcase of cinematic discovery and innovation in the country's most beautiful city, featuring nearly 200 films and live events with more than 200 filmmakers and industry guests in attendance and nearly two dozen awards presented for cinematic excellence.

Flying in or out of SFO Airport? Pamela Gentile is a featured artist at SFO Museum's Terminal 2 Gallery between March 14 - June 13. More details. 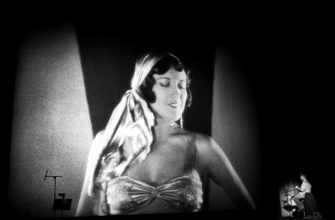