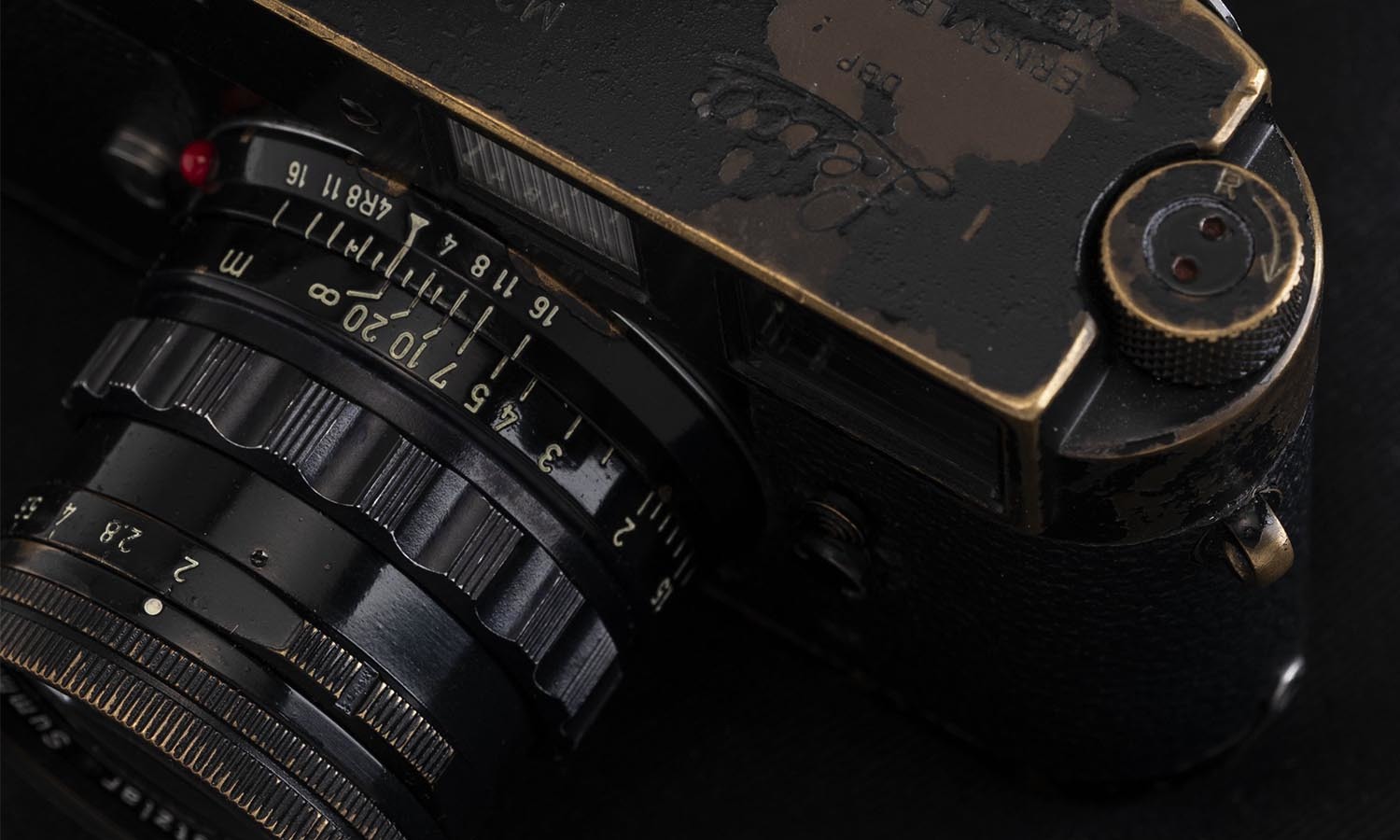 Ralph Gibson is a photographer best known for his mesmerizing photographs of abstract reality and the female form. In addition, Gibson founded his company, Lustrum Press, to publish landmark photo books that made his mark as a key player in the history of photography. He has been a dedicated Leica user during his entire career. It began during his studies at the California School of Fine Arts (now SFAI) when one of his instructors loaned him a Leica M2. From that point on he used his Leica camera as a tool to develop his visual signature and continue his journey towards what he calls his "Point of Departure."

As an exhibitor of Gibson's photography and a host of several of his workshops, Leica Store San Francisco has acquired one of Gibson's Leica M2 cameras that was used to make many of the photographs for which he is known. While not a testament to Gibson's work as a whole, the worn Black Paint M2 serves as a representation of Gibson's mark that he has left on anyone who has had the privilege of viewing his photography.

"For many years, decades even, my Leica has opened invisible doors, showing the world as I was hoping to see it. This deeply personal experience seems to be an inherent quality of the Leica system and has influenced many photographers. The experience of making the photograph is evident in the results."

LEARN MORE ABOUT "YOUR MARK"