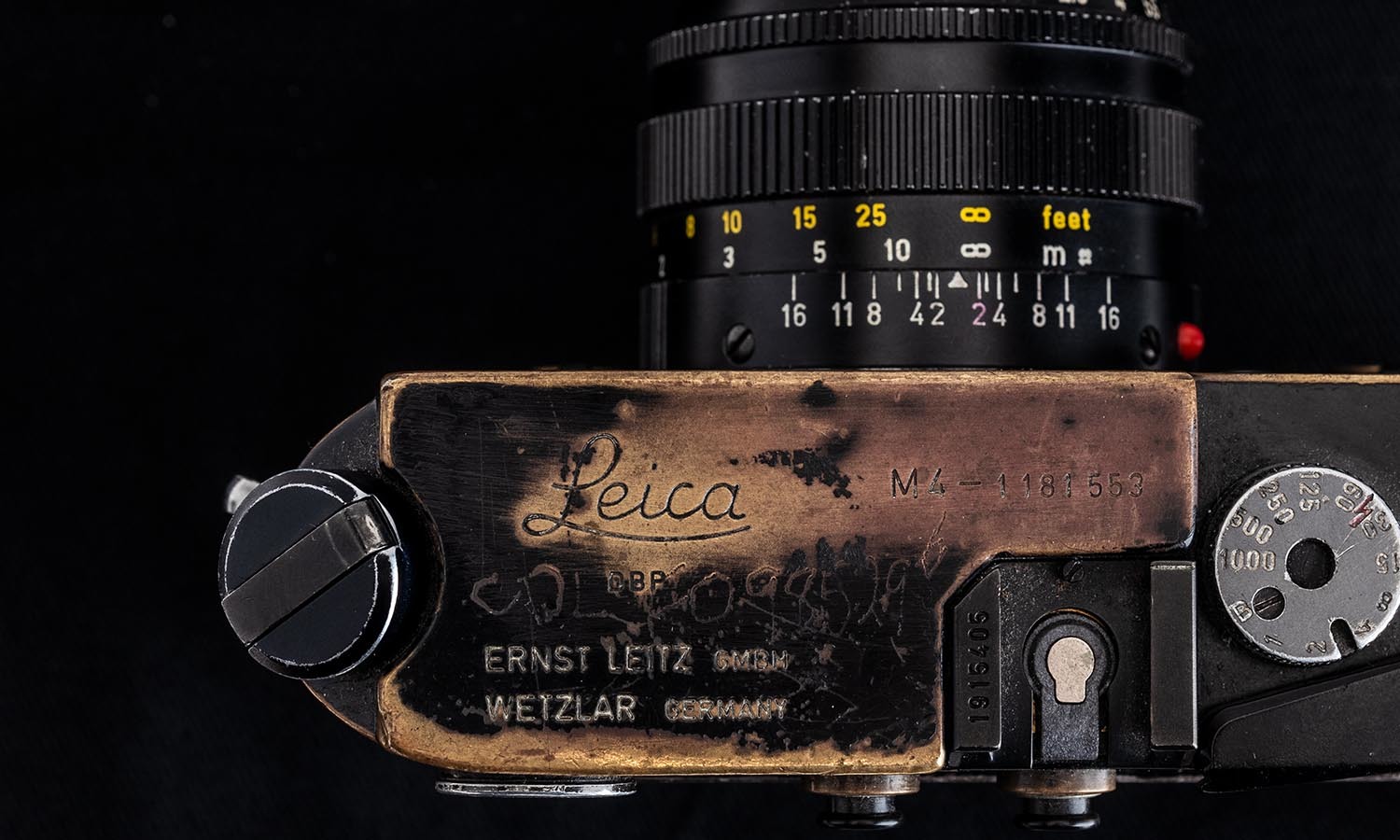 From the words of photographer Jim Marshall's longtime assistant and head of his estate, Amelia Davis:

Jim’s first Camera was a Leica which he purchased in 1959 for $50 down and 12 monthly payments of $24, this was the start of Jim's obsession with Leica camera’s.

Subsequently, his favorite Leica Camera body became the Leica M4 with the Leicavit manual film advance winder replacing the standard bottom plate. In use, specifically for his live music shots, Jim loved the Leicavit because he never had to take his eye away from the viewfinder and risk missing the perfect shot to advance the film, it was the closest thing to a motor drive.

Jim’s favorite lenses were 28mm, 35mm, and the 50mm focal lengths. He loved these three lenses in particular because they forced him to get in close to his subjects. Jim knew his equipment like it was an extension of himself and he knew how far he could push it. He knew exactly how many feet away he could be from a musician with one of his fixed lenses on and as long as he was that distance it would be in focus and he did not have to worry about the musician jumping up or down. Jim always said that if he were going to teach a photography class, these three lenses would be the only lenses he would allow to be used. There are photos of Jim with 5 Leica’s around his neck loaded with Kodak Tri-X film and at least one or two of the cameras loaded with Kodachrome for his color.

Jim very rarely cropped any of his photographs because he didn’t have to. He had already composed the frame in the viewfinder of his Leica.

Jim mostly worked with available light and knew from just looking at the light what f stop and shutter speed to use. He almost always hand-held his cameras, even in very low light situations. That was also the beauty of Leica's, they were great in low light situations.

Jim always called himself a reporter with a camera. He was documenting pieces of history, he was being a historian. Jim’s favorite photographers were actually photographers of conflict, Robert Capa and David Douglas Duncan. When you think about it, war Photography was similar to live music in the sense that you had to capture the moment in a split second or it was gone and there were never any do-overs, if you missed the shot, you missed it and everything was coming at you all at once so you had to rely on your instinct and equipment. You had to become embedded with your subjects and yet be invisible at the same time.

I’ll leave you with how Jim summed up photography, in his own words;

Learn More About the "Your Mark" Monochrom