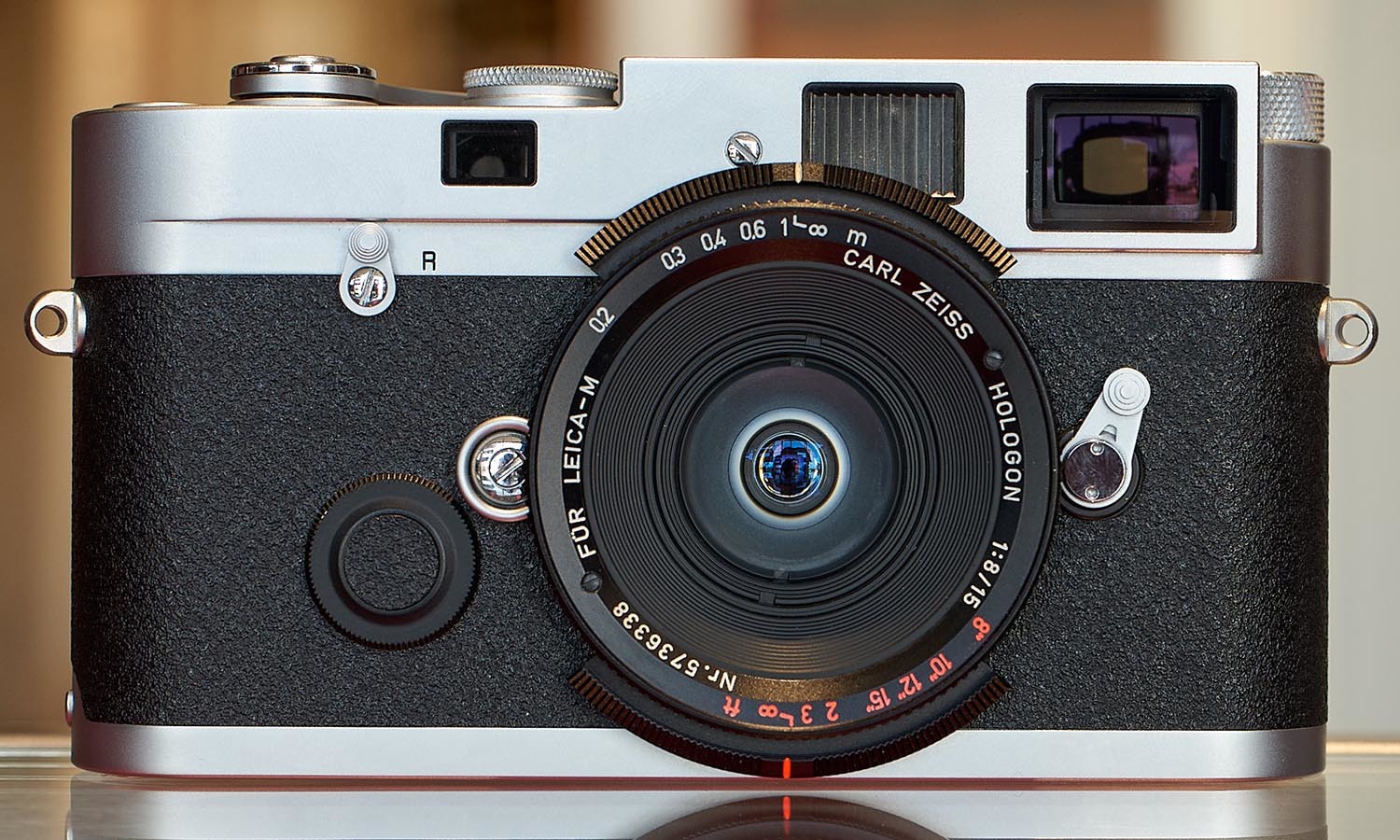 A unique and rare piece of Leica history is currently available at Leica Store San Francisco and Camera West Stores. This piece is the first ultra wide optic to be fitted for the Leica M system and finds itself among some of the rarest and most desirable Leica lenses of all time.

Initially introduced at the 1972 Photokina the Leica Hologon 15mm f8.0 was an incredible advancement for the Leica M system. Many had already seen this lens but not yet on a Leica M. The Hologon, as the name gives it away, was initially seen on the Zeiss Ikon Contarex Hologon camera, and then later came to the Leica M in a Zeiss/Leica partnership. The Leica Hologon never made it far though. Only 225 units were ever produced, but I dare say this laid the foundation for Leica to consider building lenses such as the Wide Angle Tri-Elmar which would come much later for the Leica M system. Jim Lager, in his book on Leica Lenses, states that the US Leica headquarters in Rockleigh, NJ received the English literature and discontinuation notices for the Leica Hologon on the same day.

The Leica Hologon 15mm features a stunning 110-degree angle of view, something that was unheard of on any camera in the early 1970s let alone the Leica M. Of course, this lens requires a specific finder as the viewfinder on the M was not sufficiently wide enough to cover this extreme angle of view. A finder is included with the Leica Hologon and features a built-in level to aid with the composition of wide-angle photography. There is also a scale focusing system on this lens allowing it to focus down to 8 inches for dramatic perspective. The Hologon also came with a 4x graduated center ND filter to even out the exposure throughout the frame. 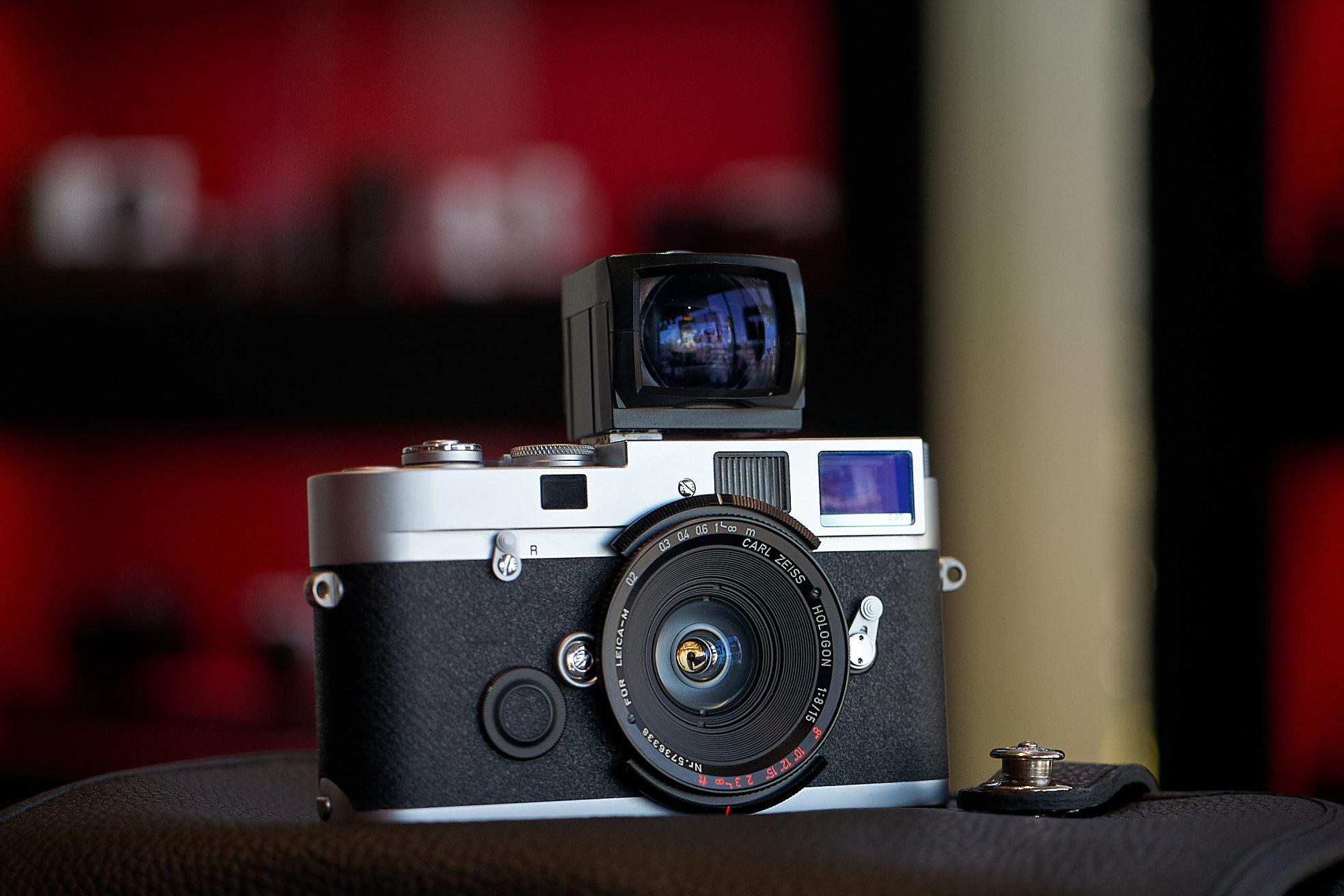 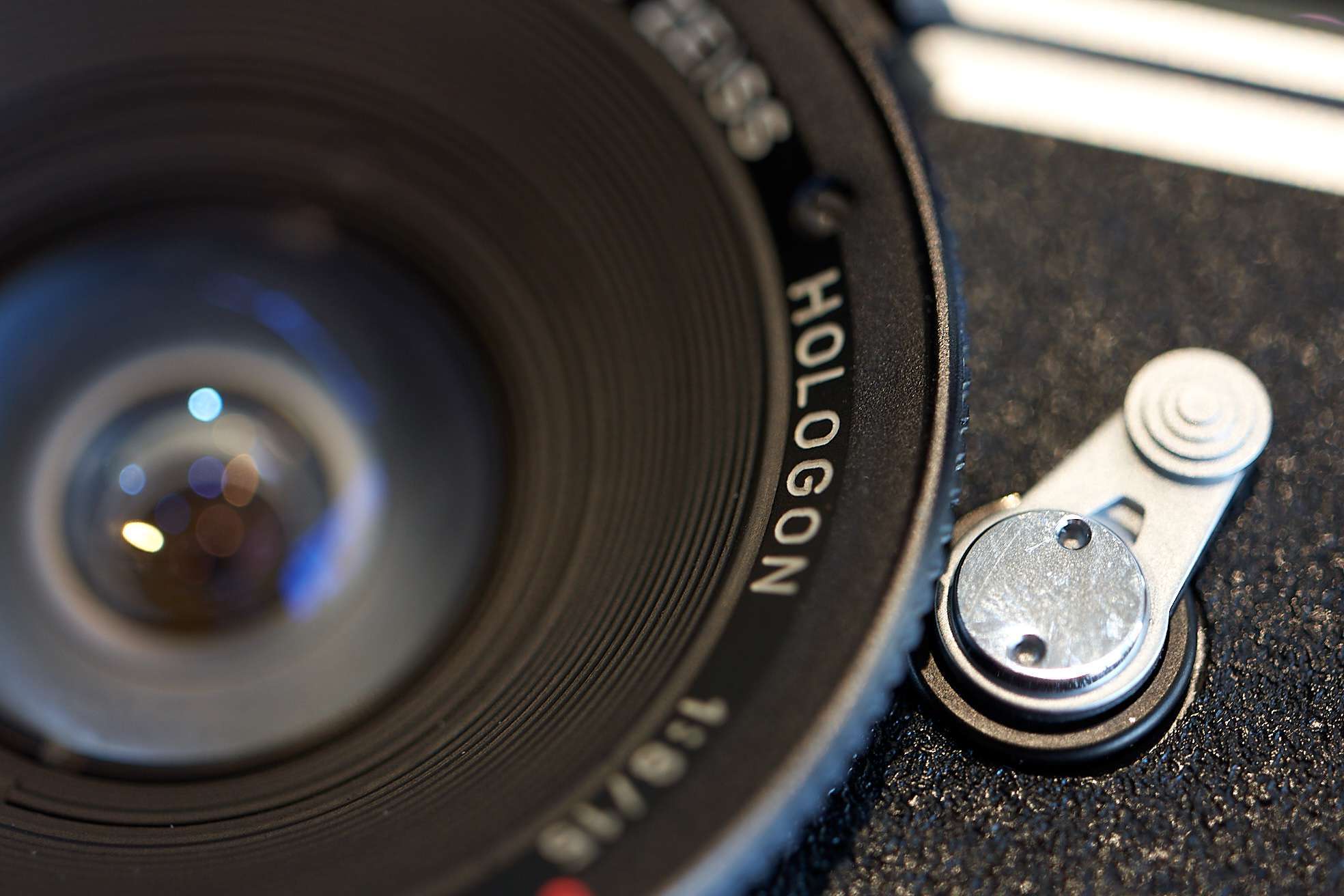 The fit and finish of this lens is something else on the Leica M. It is one of the slimmest lenses when fitted to the M body that I have ever seen since the optics fit into the Camera Body itself rather than protruding from the outside such as a Tri-Elmar. I had the opportunity to try the lens briefly on my Leica Monochrom, and Leica SL and it performed with interesting results. The clinical side of the results might not have been what you would expect of a modern ultra wide, but the character of these unique vintage pieces is always interesting. This Leica Hologon will be available at Leica Store San Francisco.