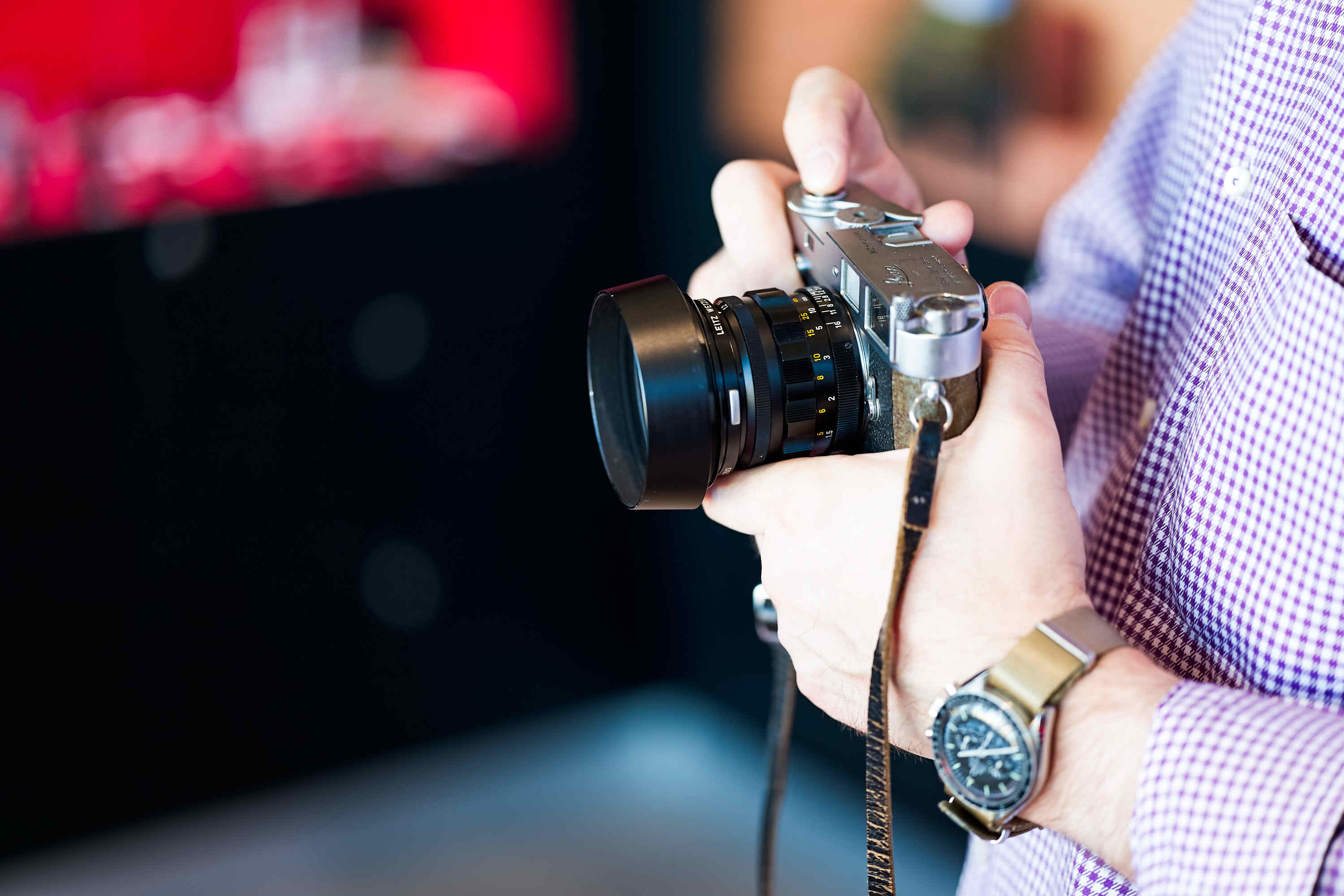 I feel like I know what to expect, having handled and shot various copies of the original Noctilux lens #11820, made from 1966-1975. This is clearly not the case.

The outer box is unassuming, much like the packaging of the rest of the Leica lenses, with the kraft paper outer box. The box is not oversized like the current 50mm f0.95 Noctilux at all and is very close to the size of the original box from the 1960s. Removing the inner box, one finds the familiar black and silver box, but this one is made to open like a flower, much the same as the outer box on an M10. The inner box is a little more precious, with the classic Leica embossed logo on the top. Removing the box's top reveals the lens shade and rear cap, under which is the lens in a lens bubble, similar to how they were supplied in the 1960s. 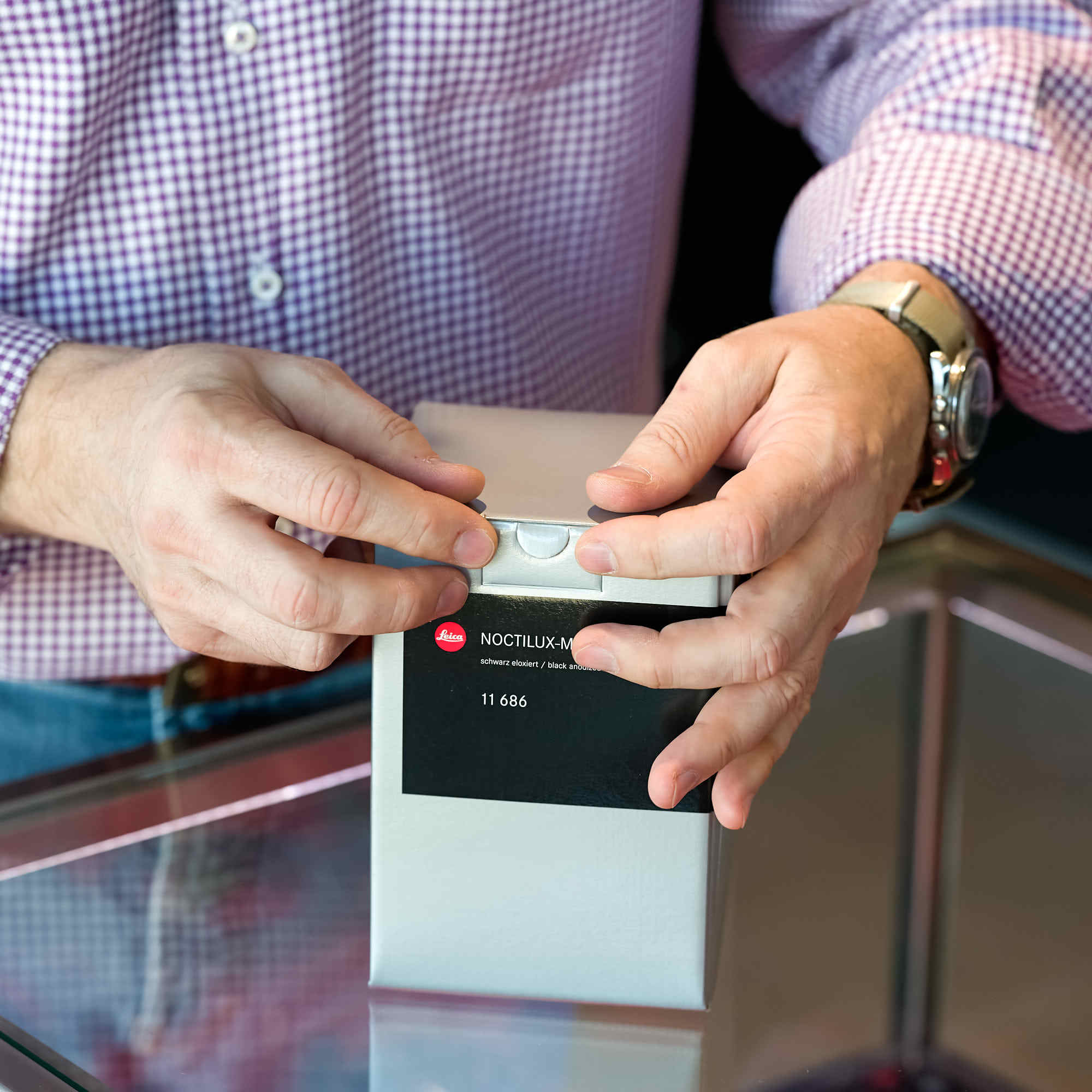 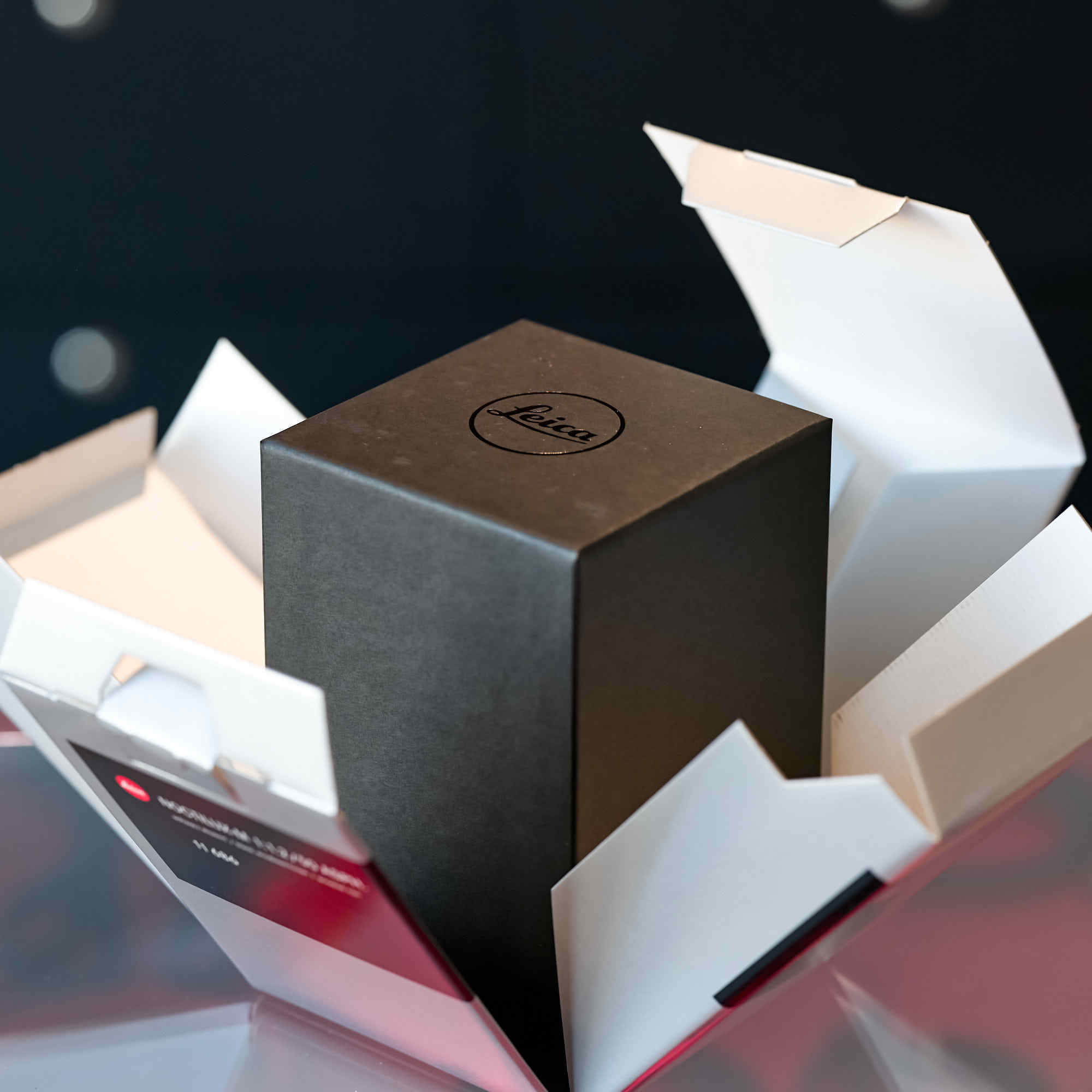 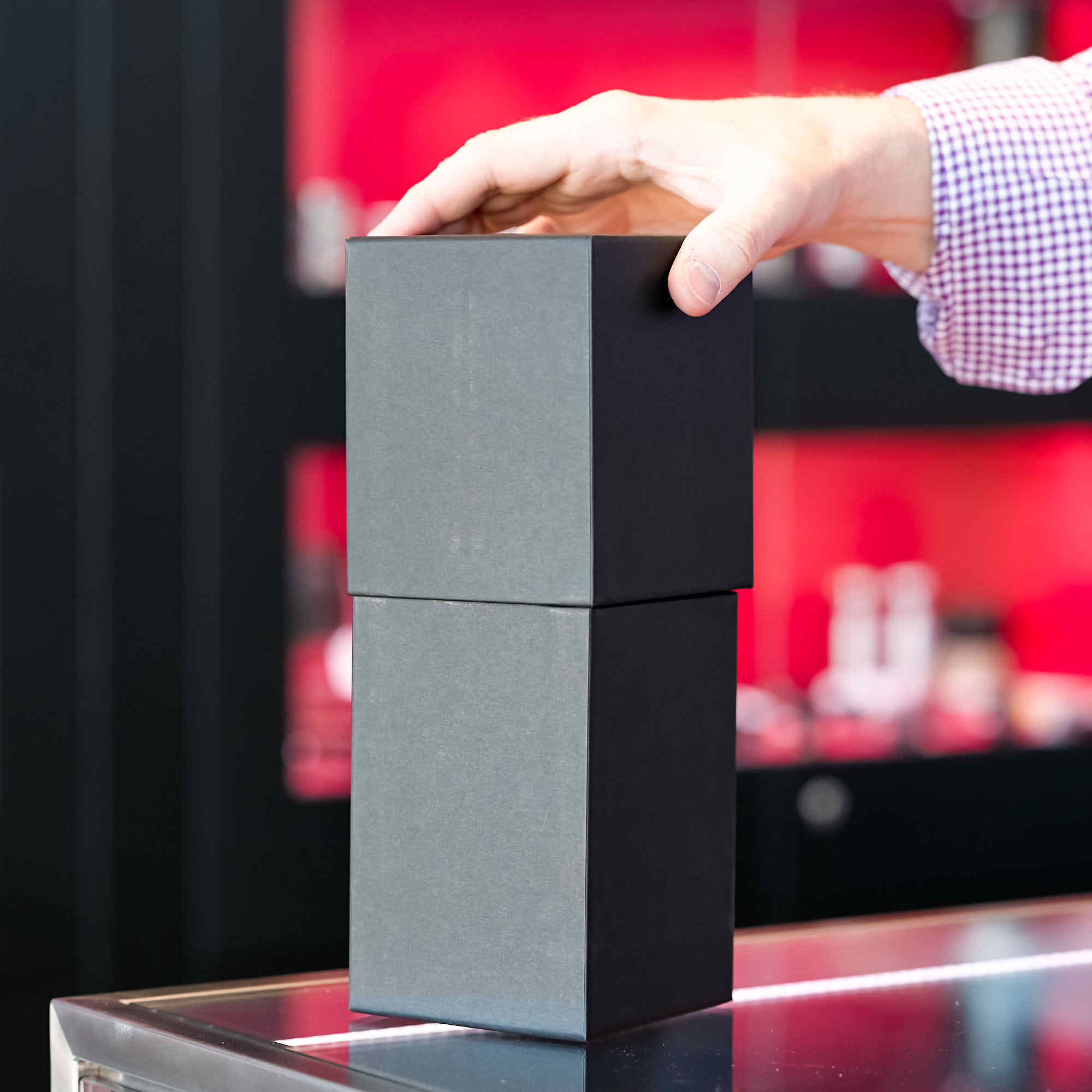 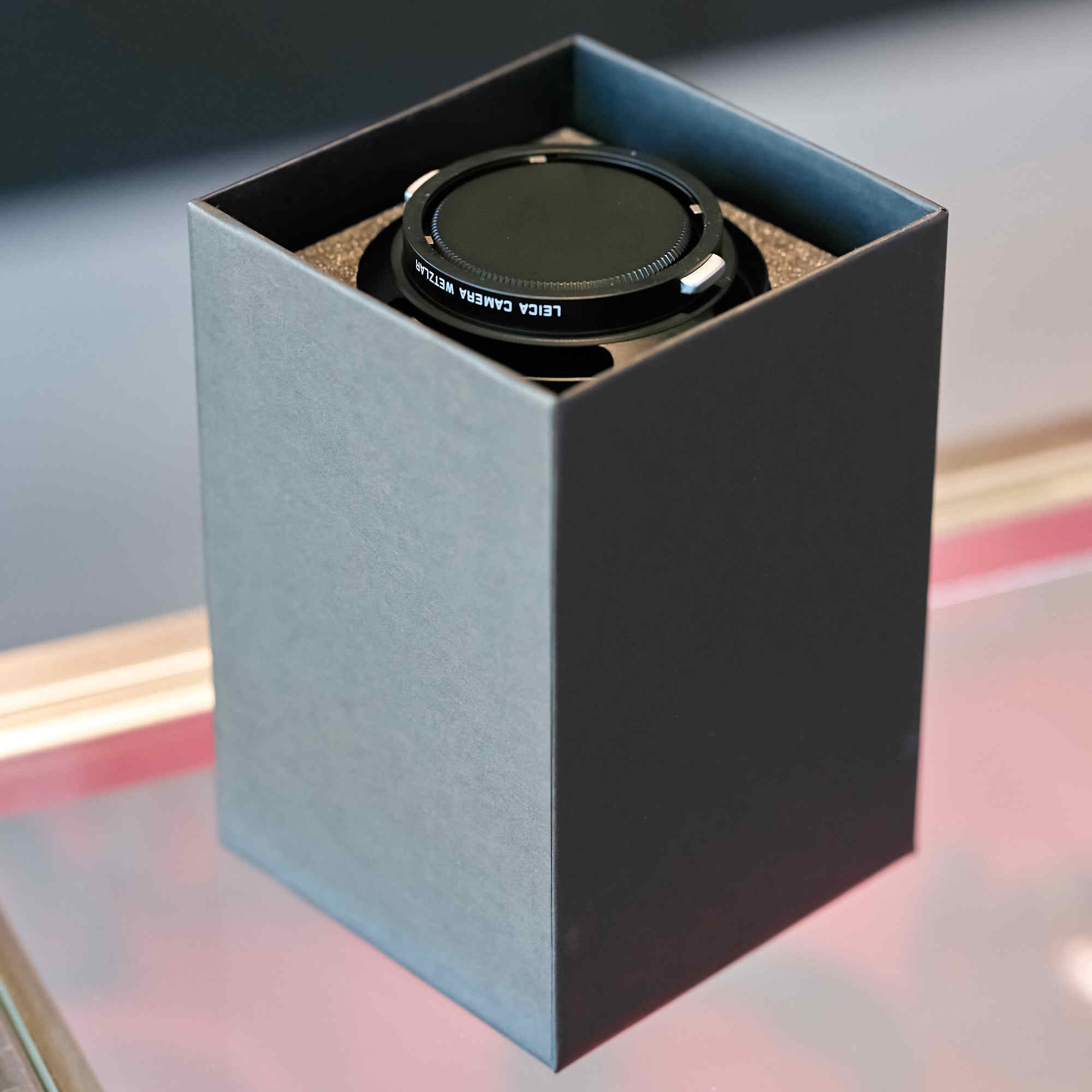 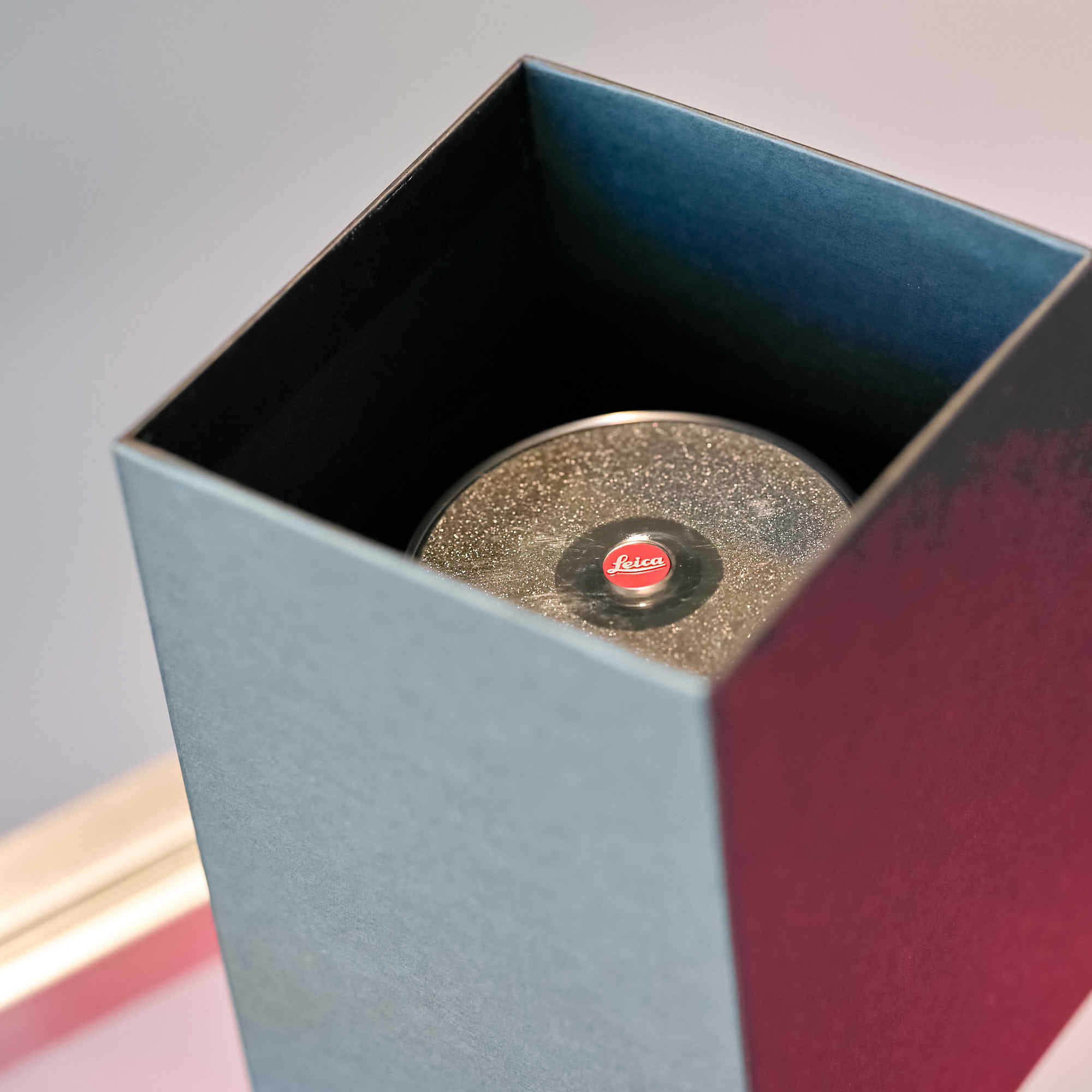 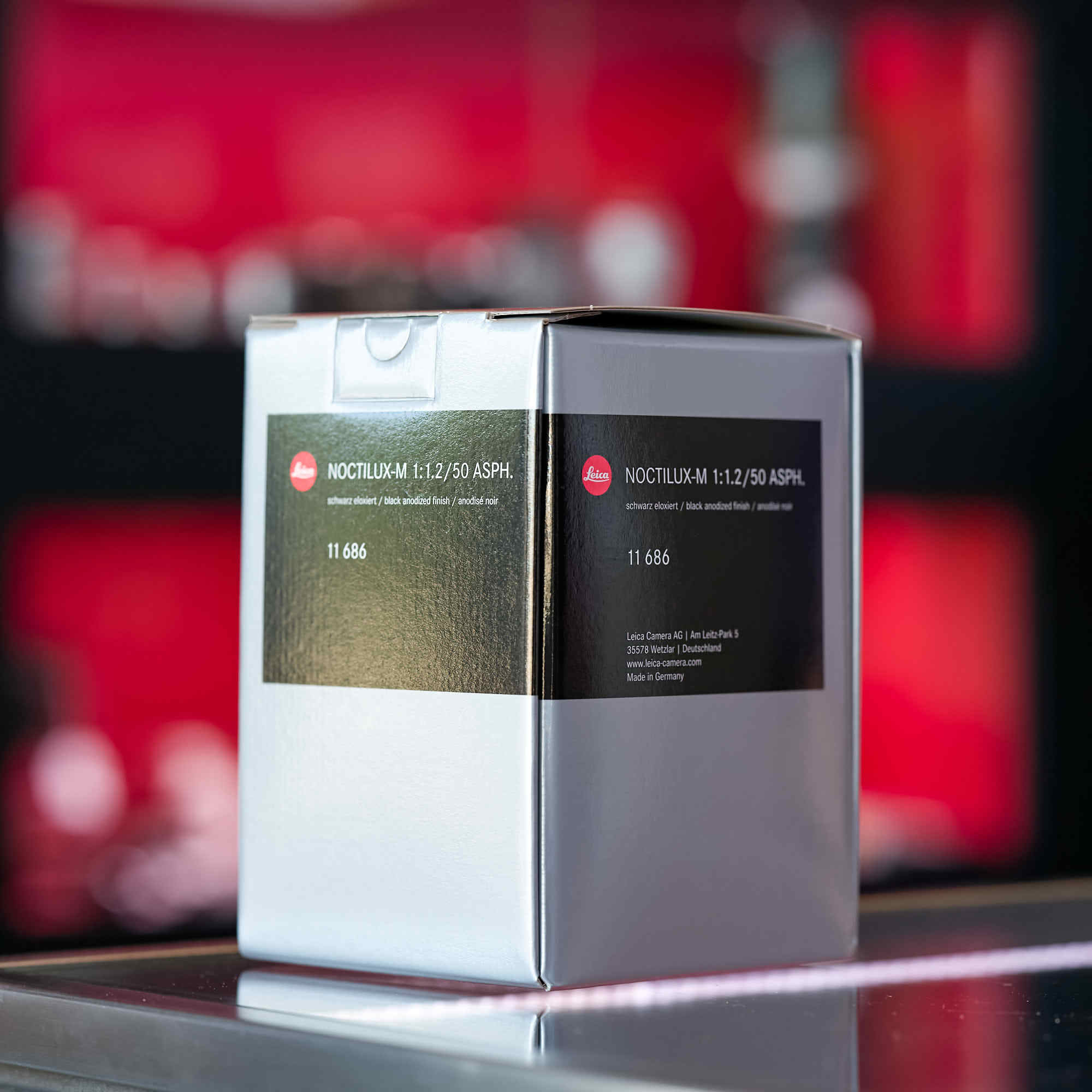 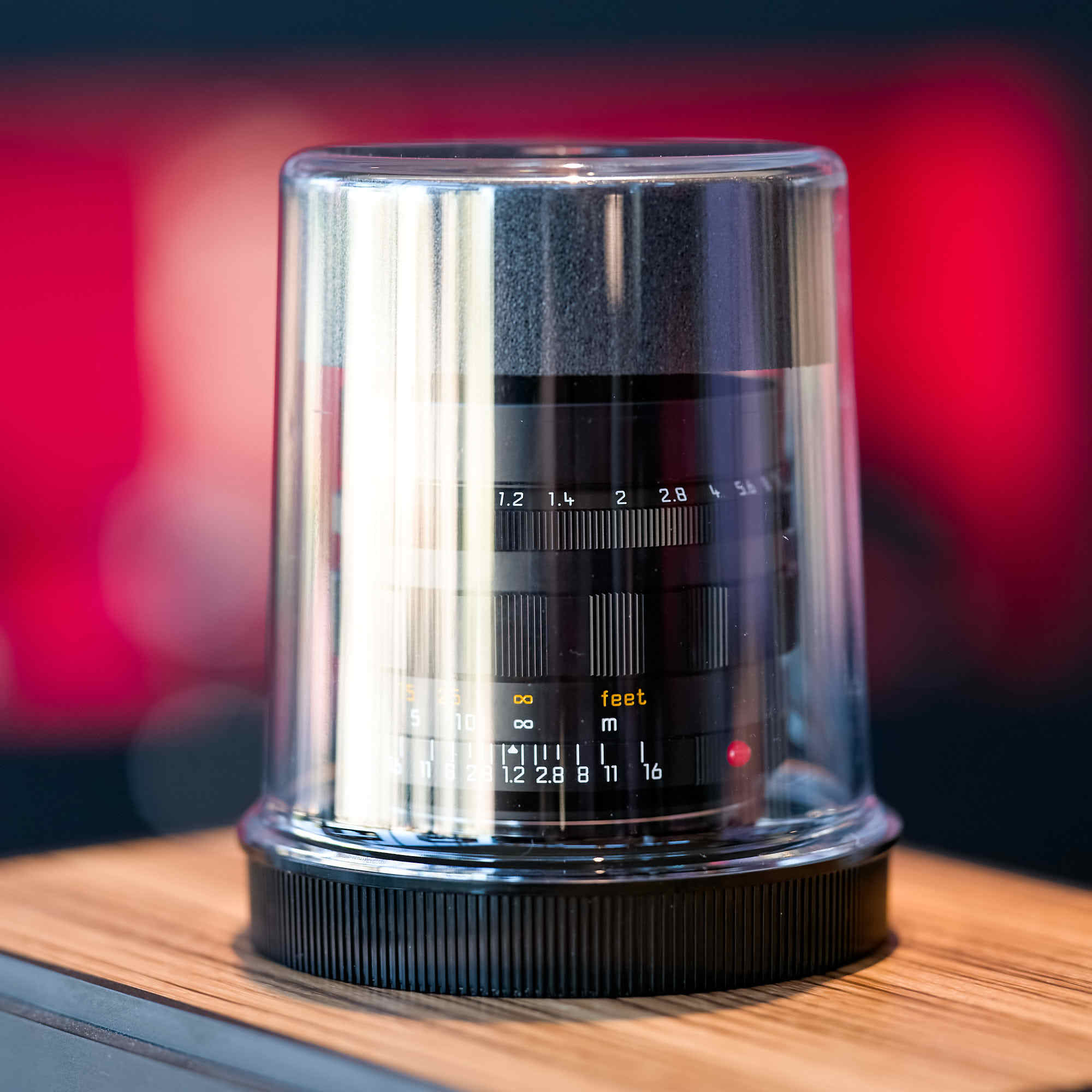 The new lens is catalog #11686. If you did not have an original copy on hand for reference, you might think that these lenses were near identical. It indeed looks and feels like the infamous first version Noctilux, but on closer inspection, the new lens is a bit shorter, measuring a bit under 52mm from flange to the end of the barrel, where the original measures a bit under 54mm. The weight of the new one is also less, by about 10%. The old lens comes in at about 460 grams, whereas the new lens comes in at about 400 grams. I can barely feel the difference. 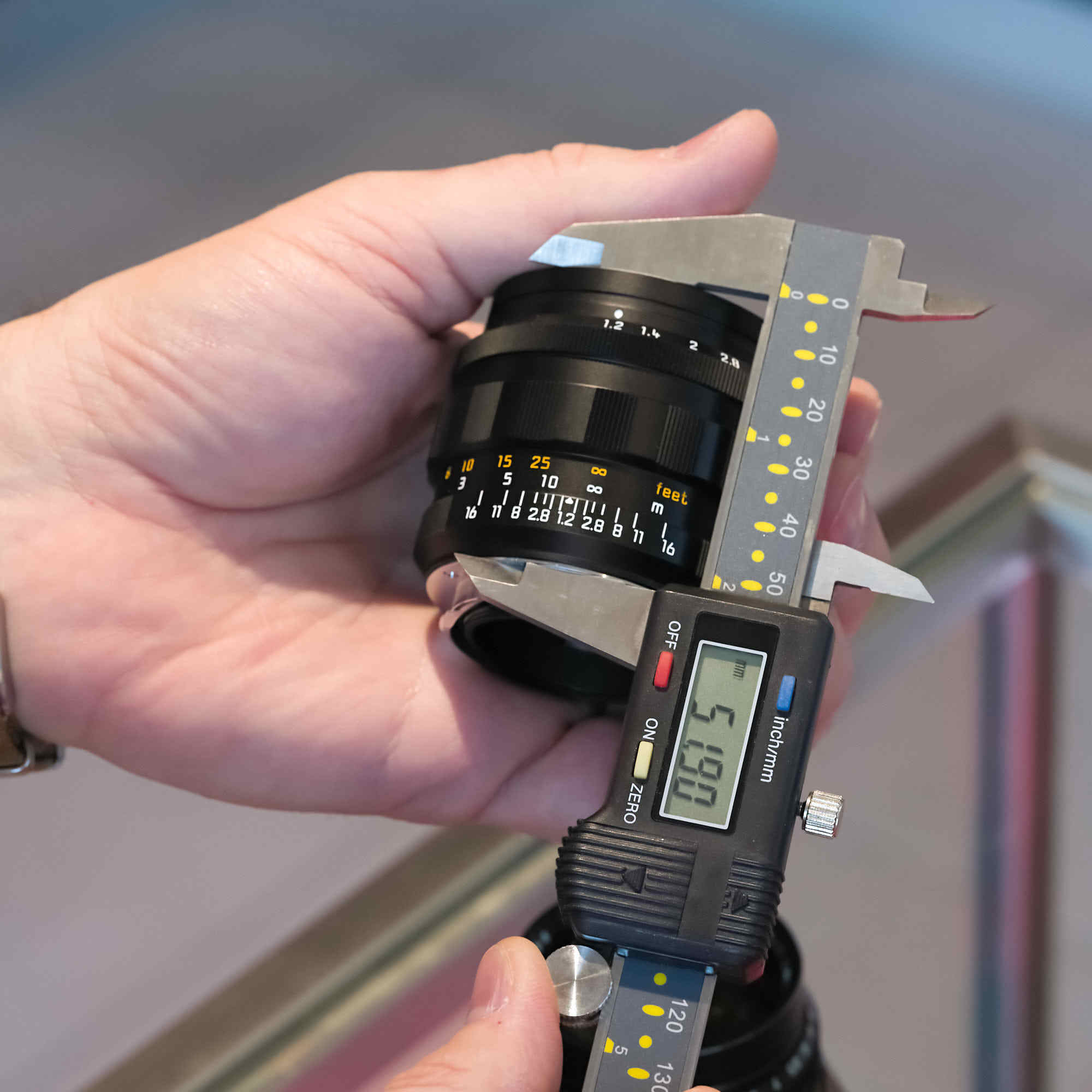 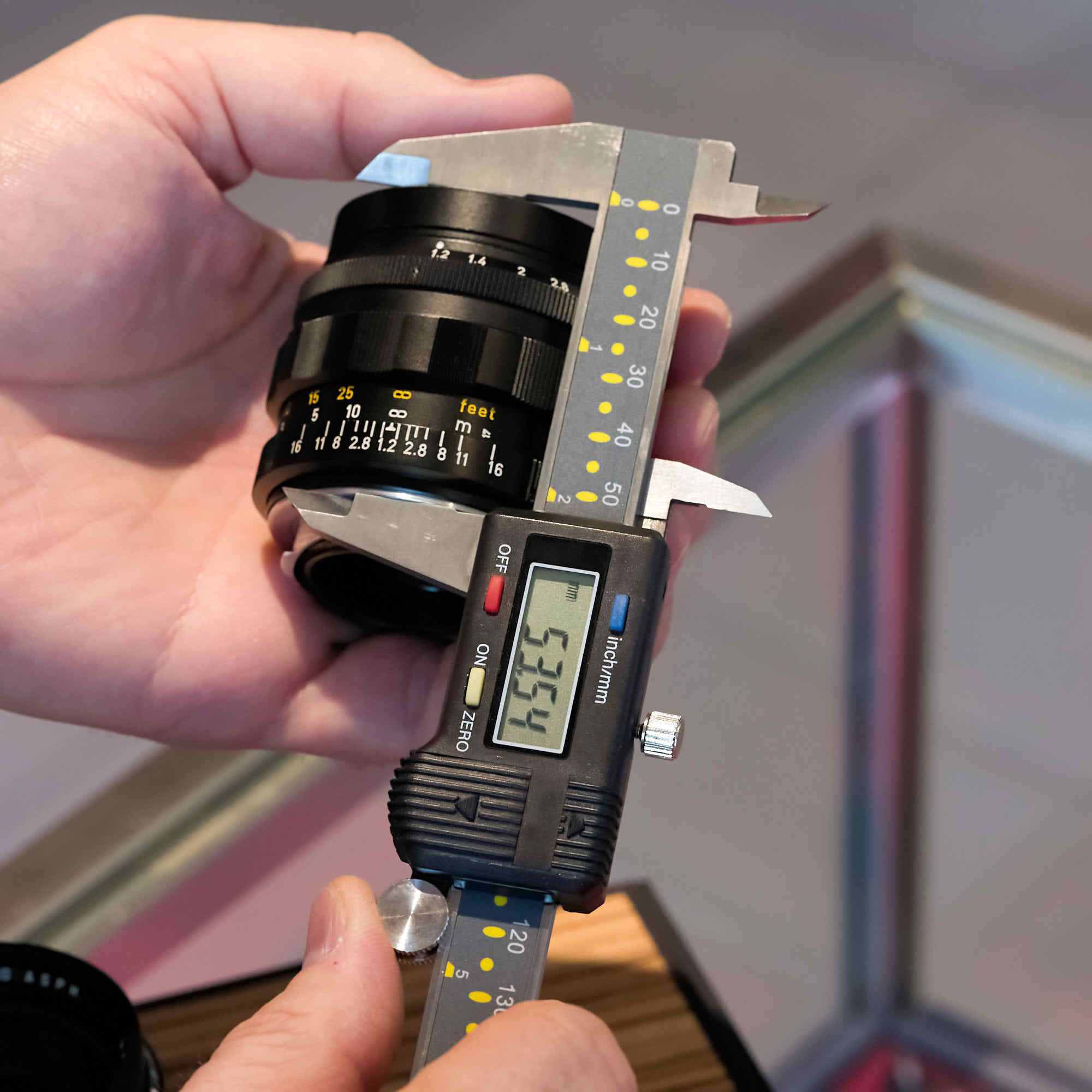 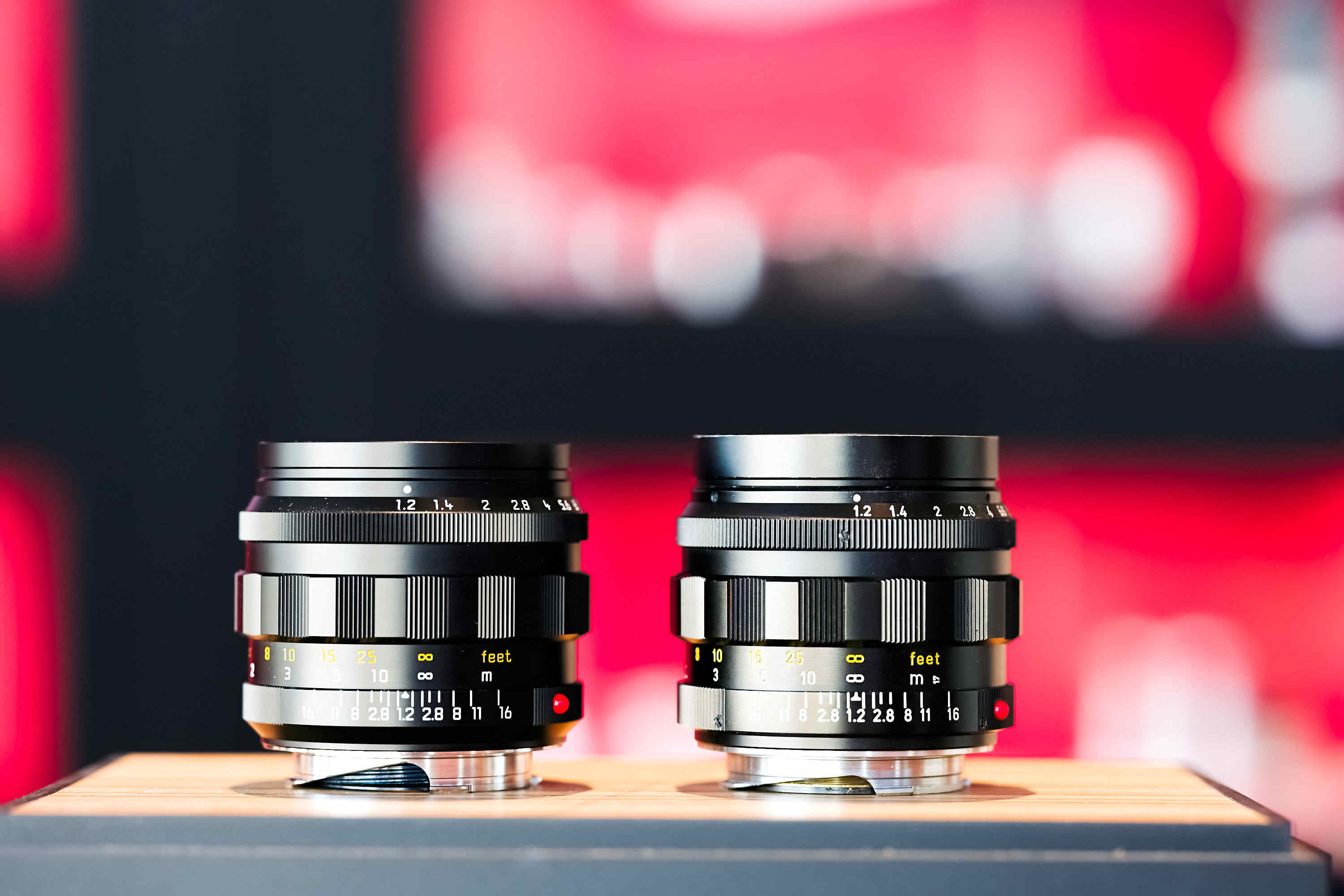 A nice touch is that the new lens takes E49 filters, where the old one required Series 8 drop-in filters to be inserted within the lens shade itself before being attached to the lens. Both lenses focus to 1m and appear to be externally scaled the same. Looking into the lenses, from the front, you will notice a great difference in the way the lenses are coated. My 1968 copy has coatings that reflect mostly yellow with a bit of purple, while the new lens is more blue/green with a significant decrease in reflection. The color from the new version should clearly be superior. 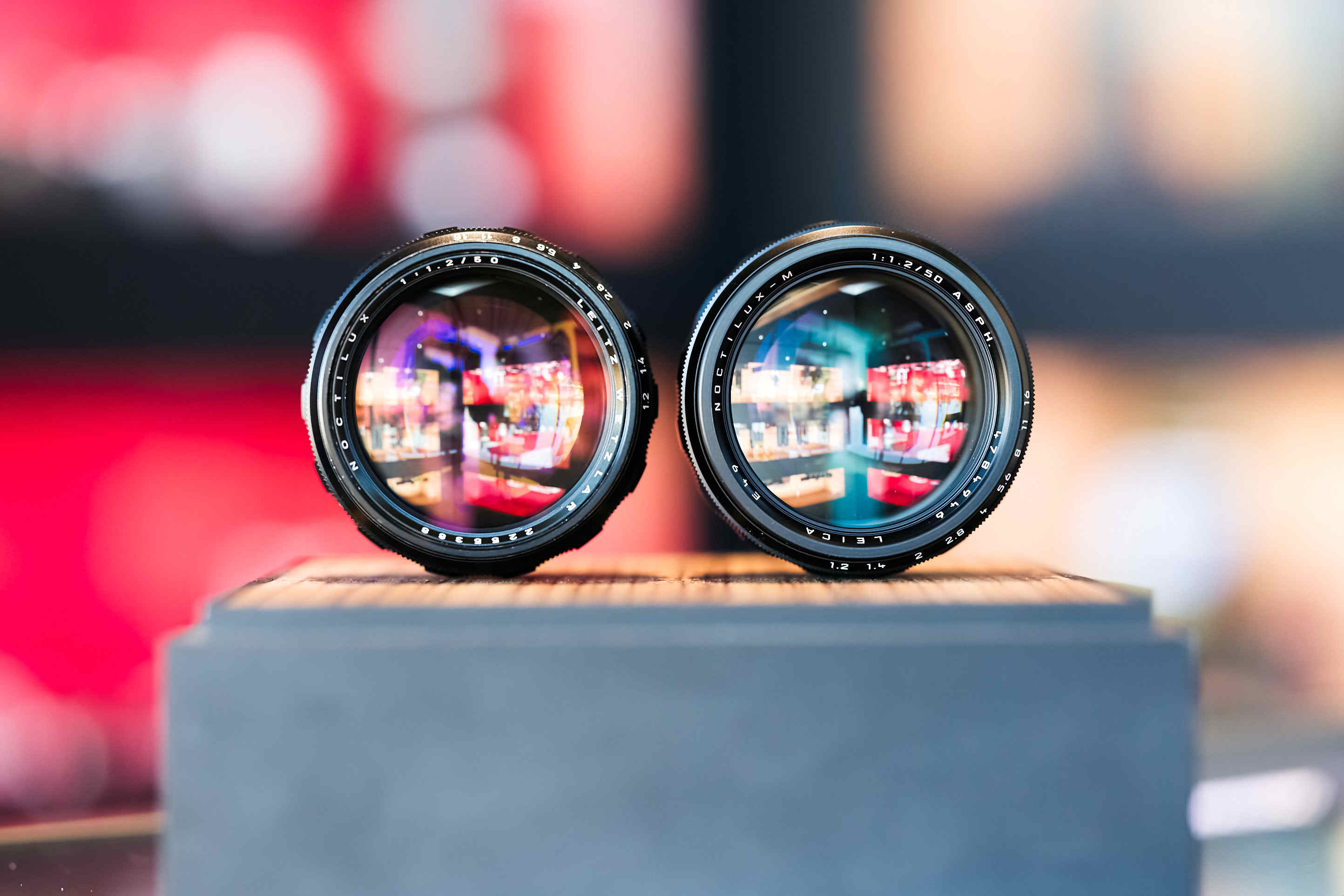 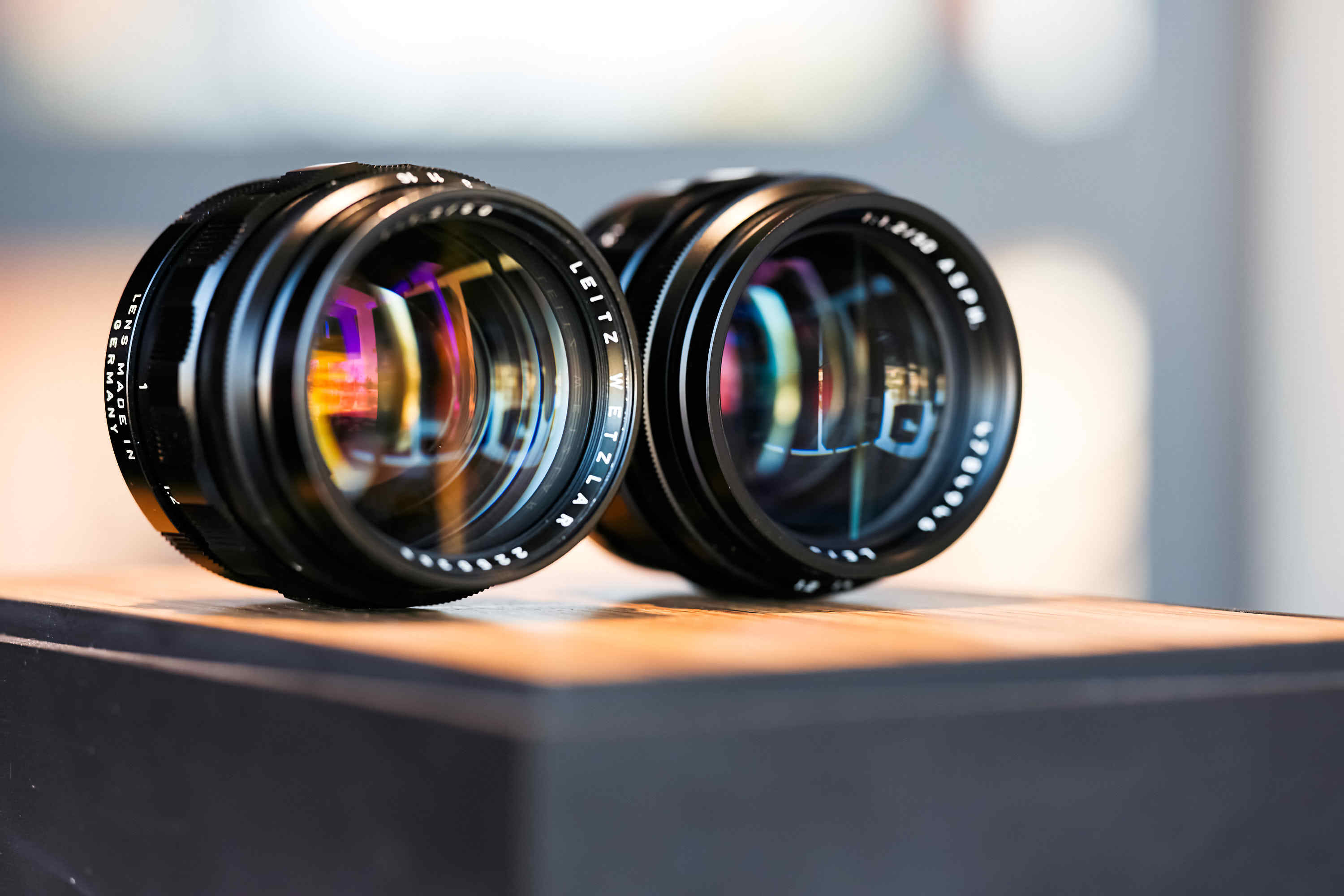 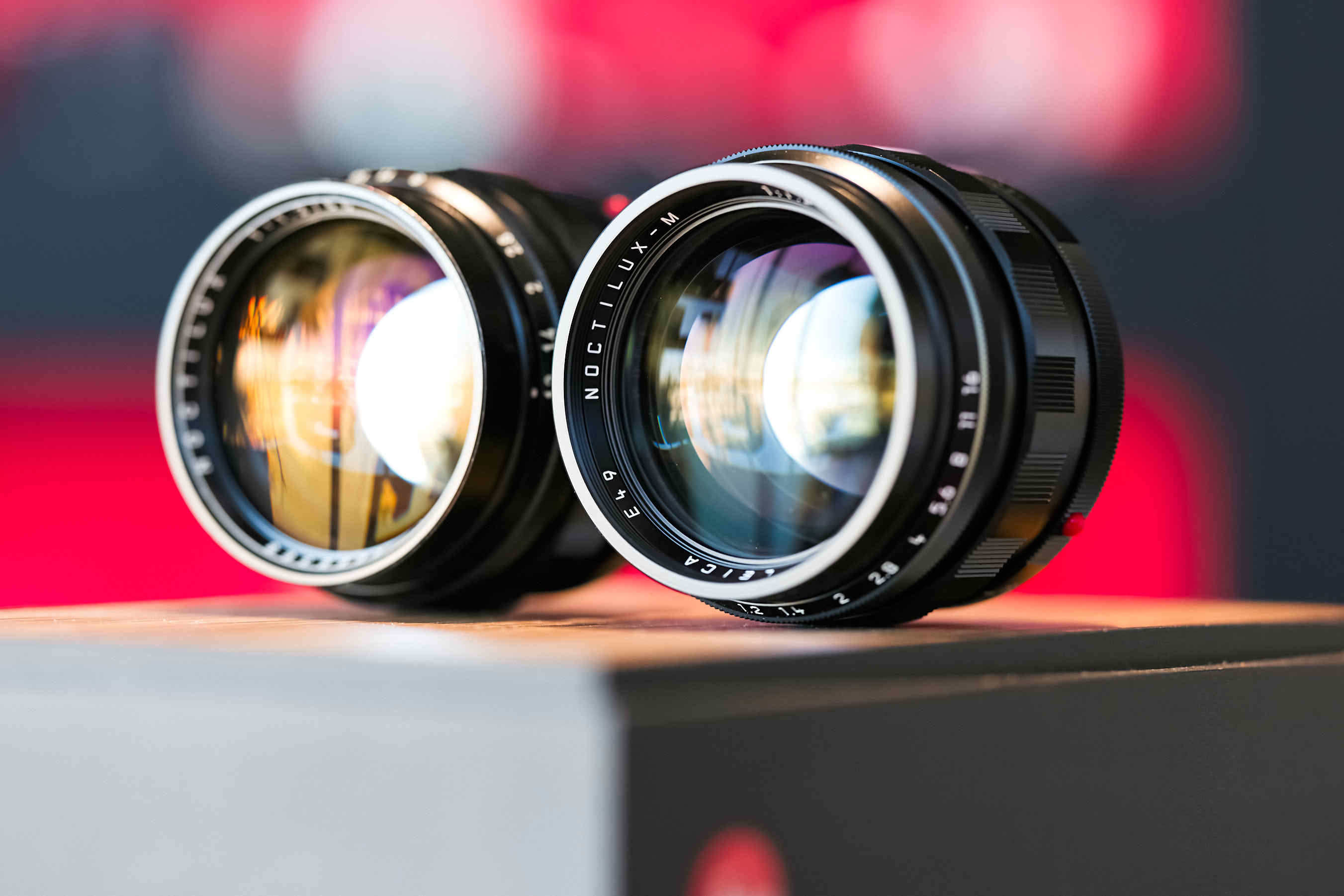 Lastly, the new shade, #12475, is a once piece shade, where the original shade #12503, unscrews to hold the filter at the rear. The shades are externally, the same size and design, however, these shades are not interchangeable. The front exterior lens diameter is about 1mm larger, so the new shade will not fit the old lens. The old lens has a longer snout, so the claws cannot engage the channel groove on the lens either. Too bad if you have an original lens without a shade. The supplied caps on the new lens are excellent. A felt-lined and domed, metal logo front cap and a metal, low profile rear cap. Very nice updates from the originals and a very nice overall touch here 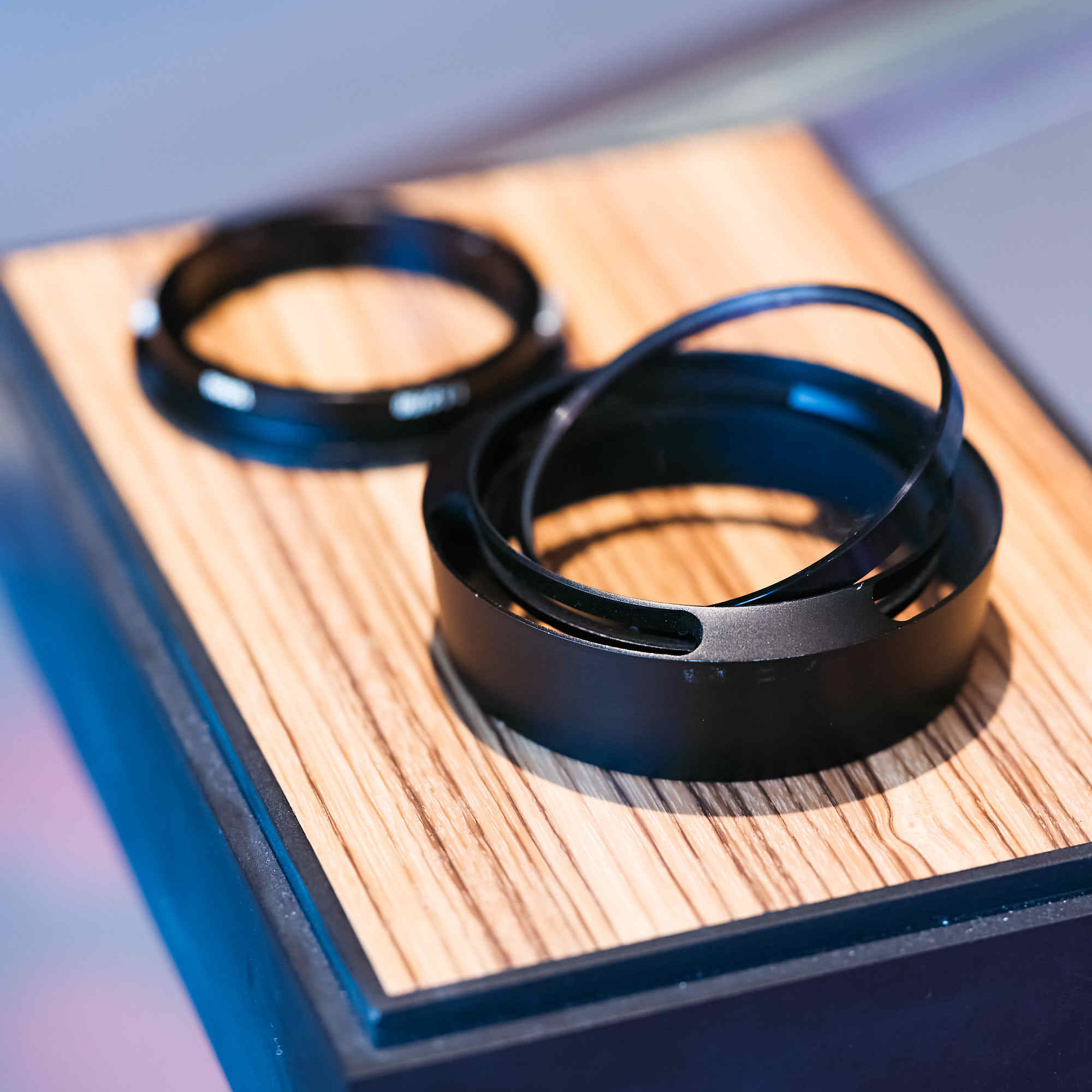 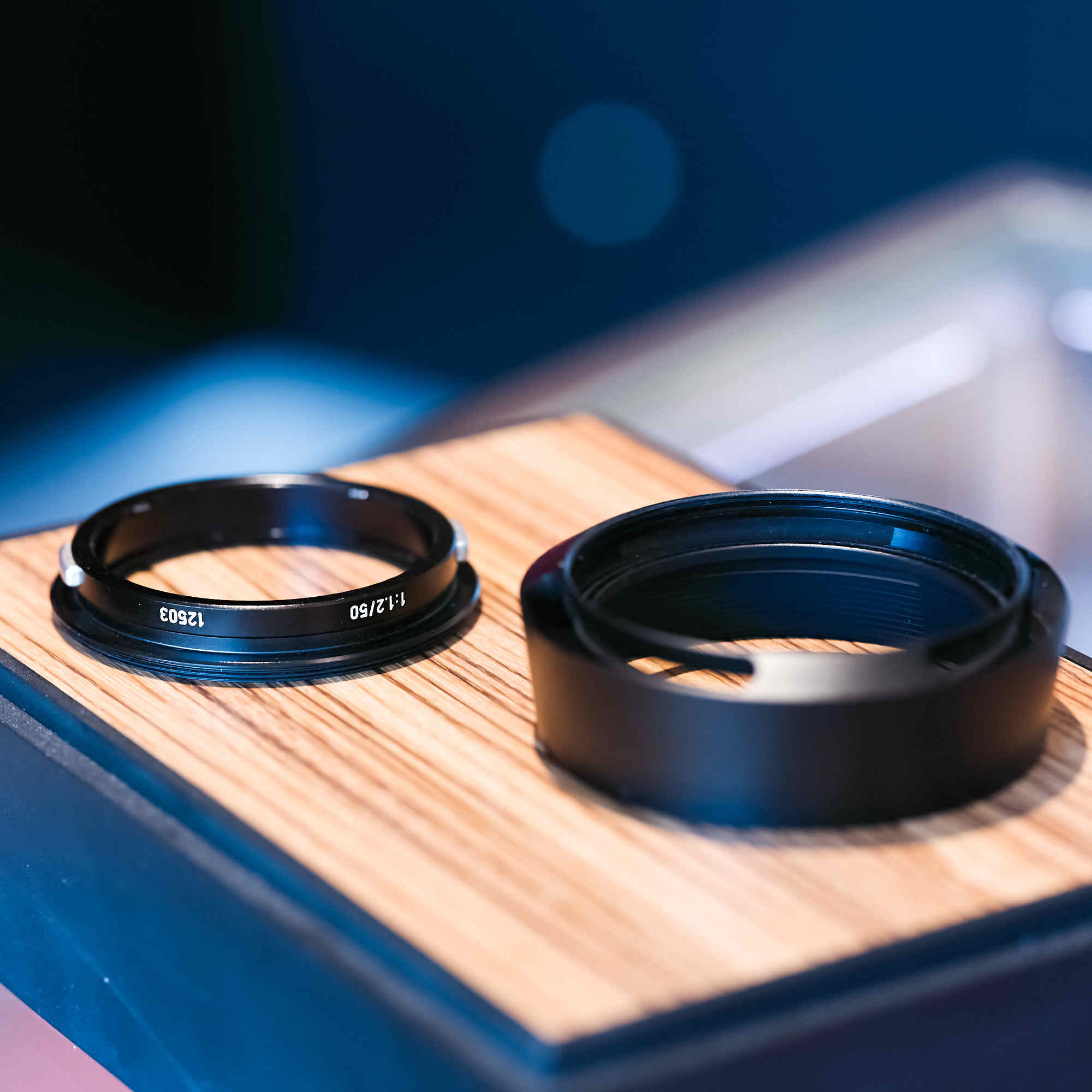 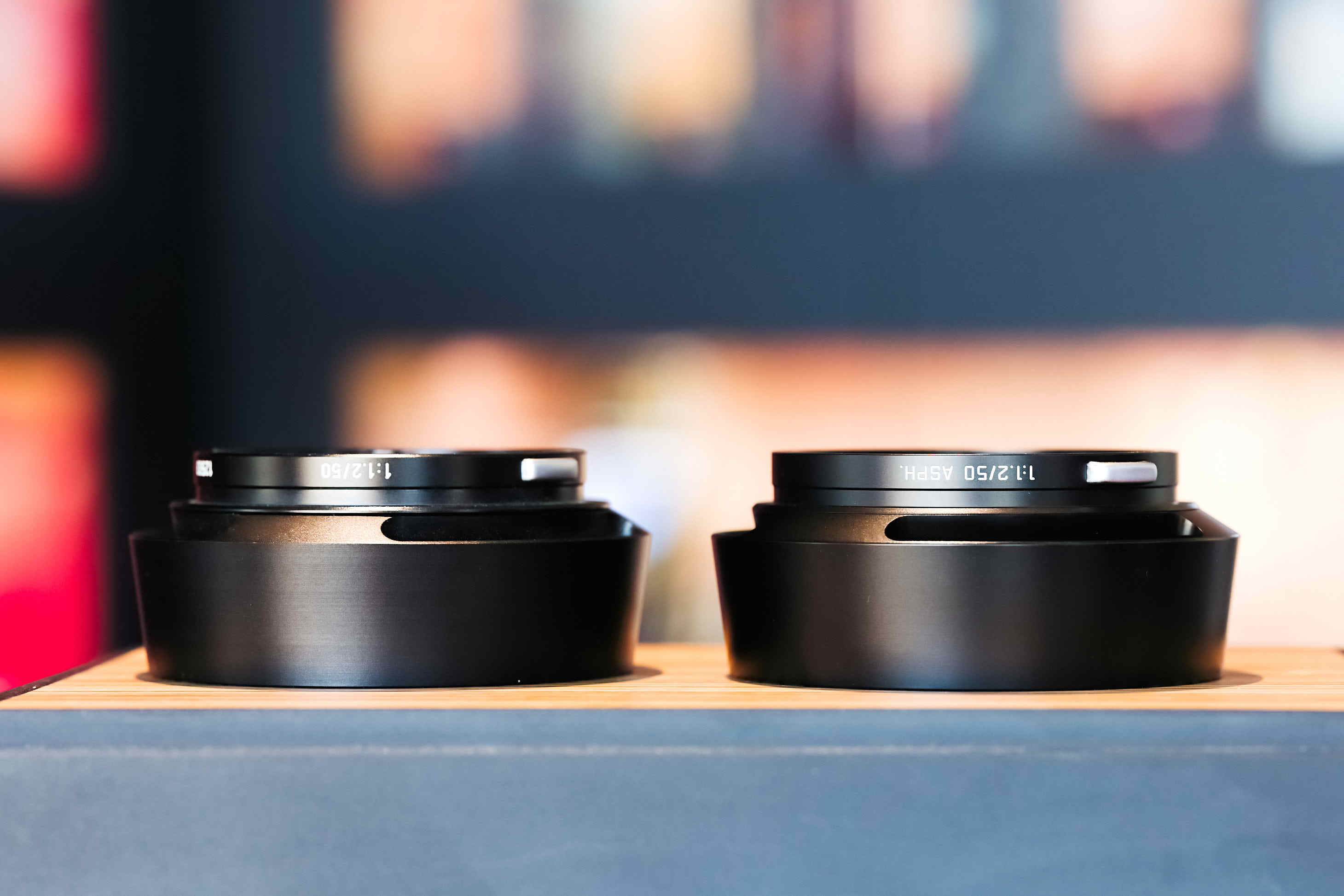 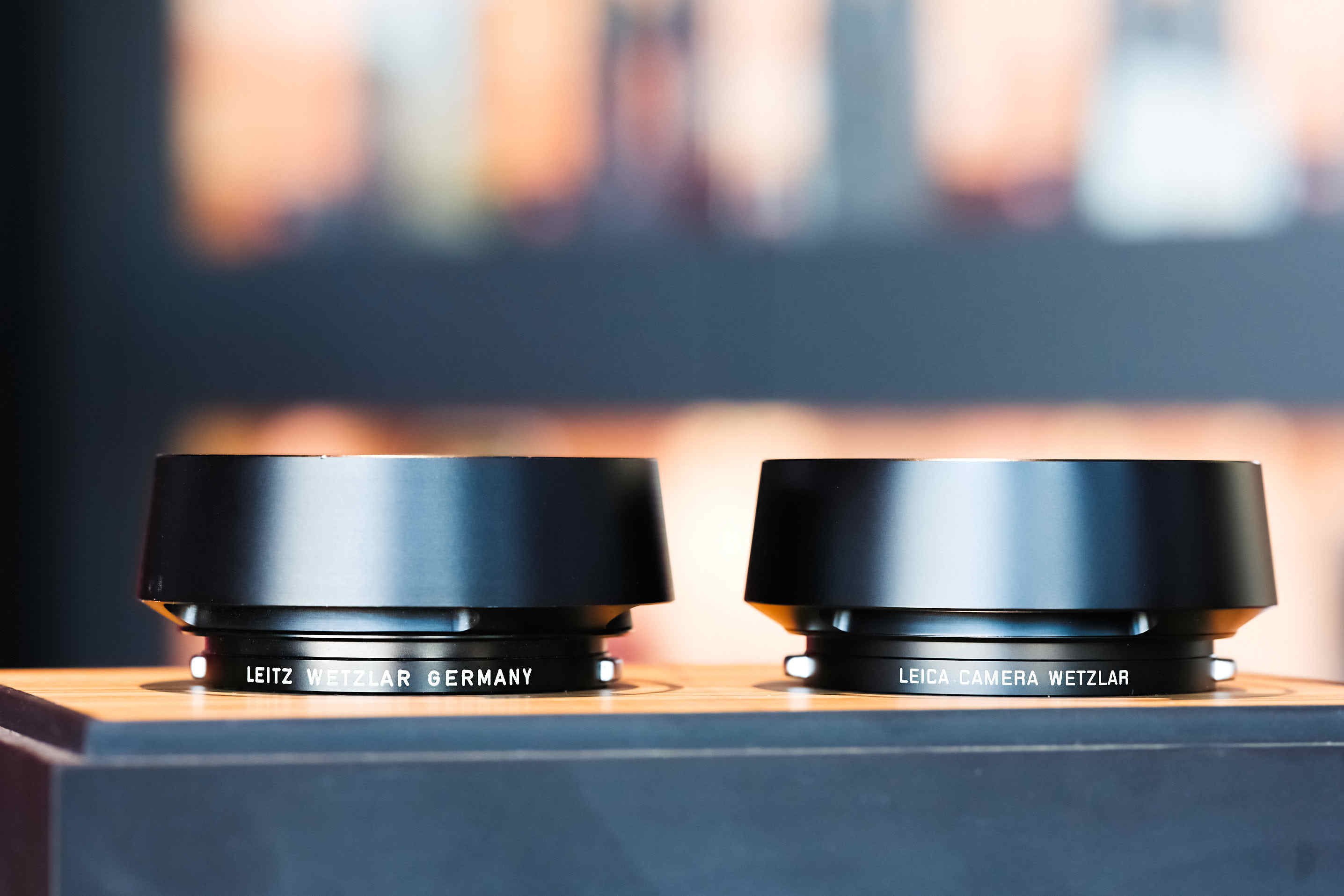 We have all come to know and love the Noctilux 50mm f1.2 with its signature look and iconic bokeh. The reincarnation of the 50mm f1.2 appeased our appetite and then some. The modern version renders in the same way with its dream look wide open, but we did notice a decent reduction in chromatic aberrations on the modern version as well as a bump in contrast. I would assume this would be primarily the result of Leica's advancements in lens multi-coatings between the late 1960s and modern-day.

For reference see a crop of a shot we acquired using the Leica M10-R. On the Left, we have a shot with the vintage 50mm f1.2 Noctilux and the right is a crop of the same shot taken with an M10-R and the modern 50mm f1.2 Noctilux-M ASPH. Overall very similar characteristics. Leica has done a fantastic job at making this reintroduction true to its legacy. 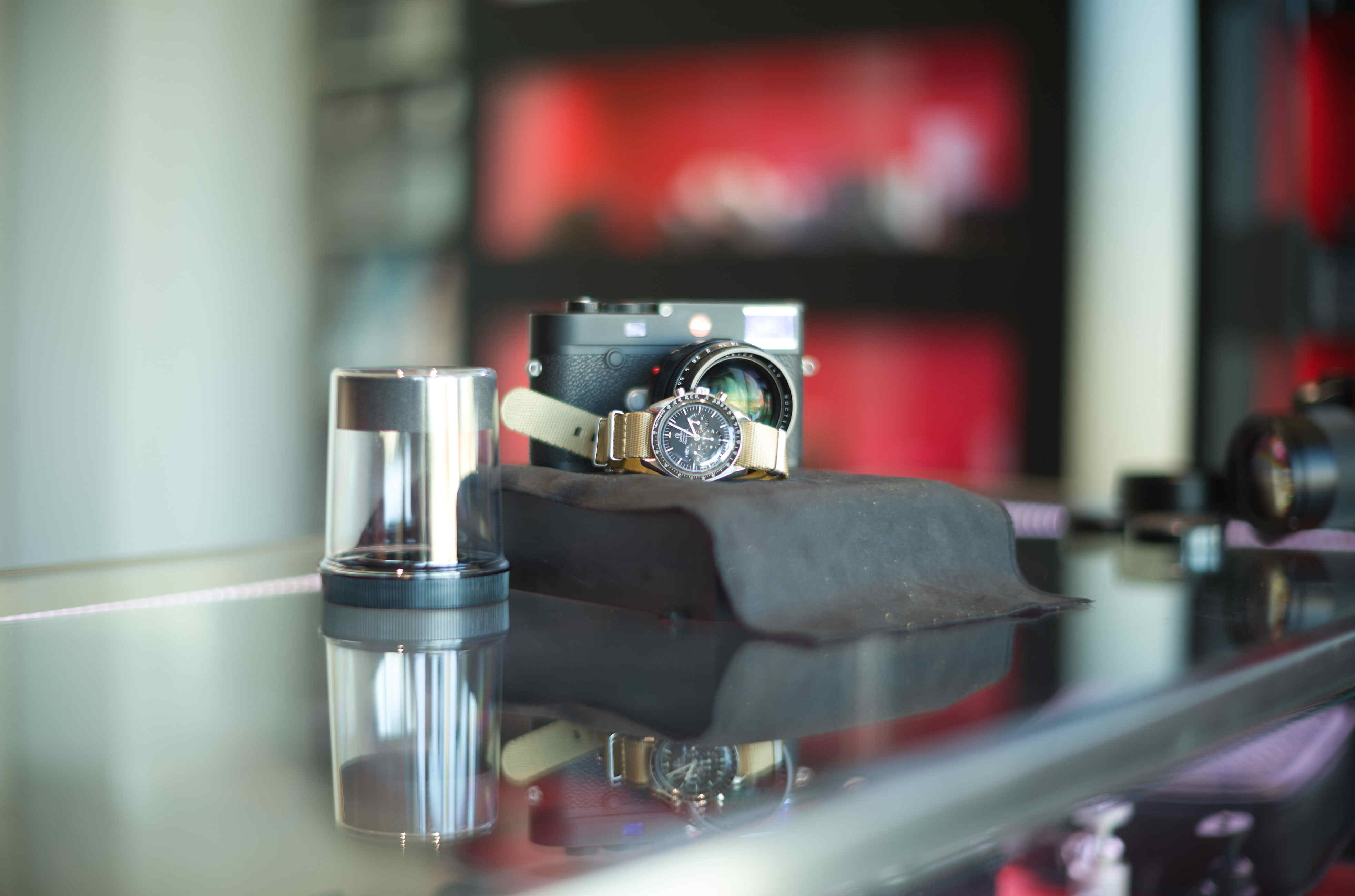 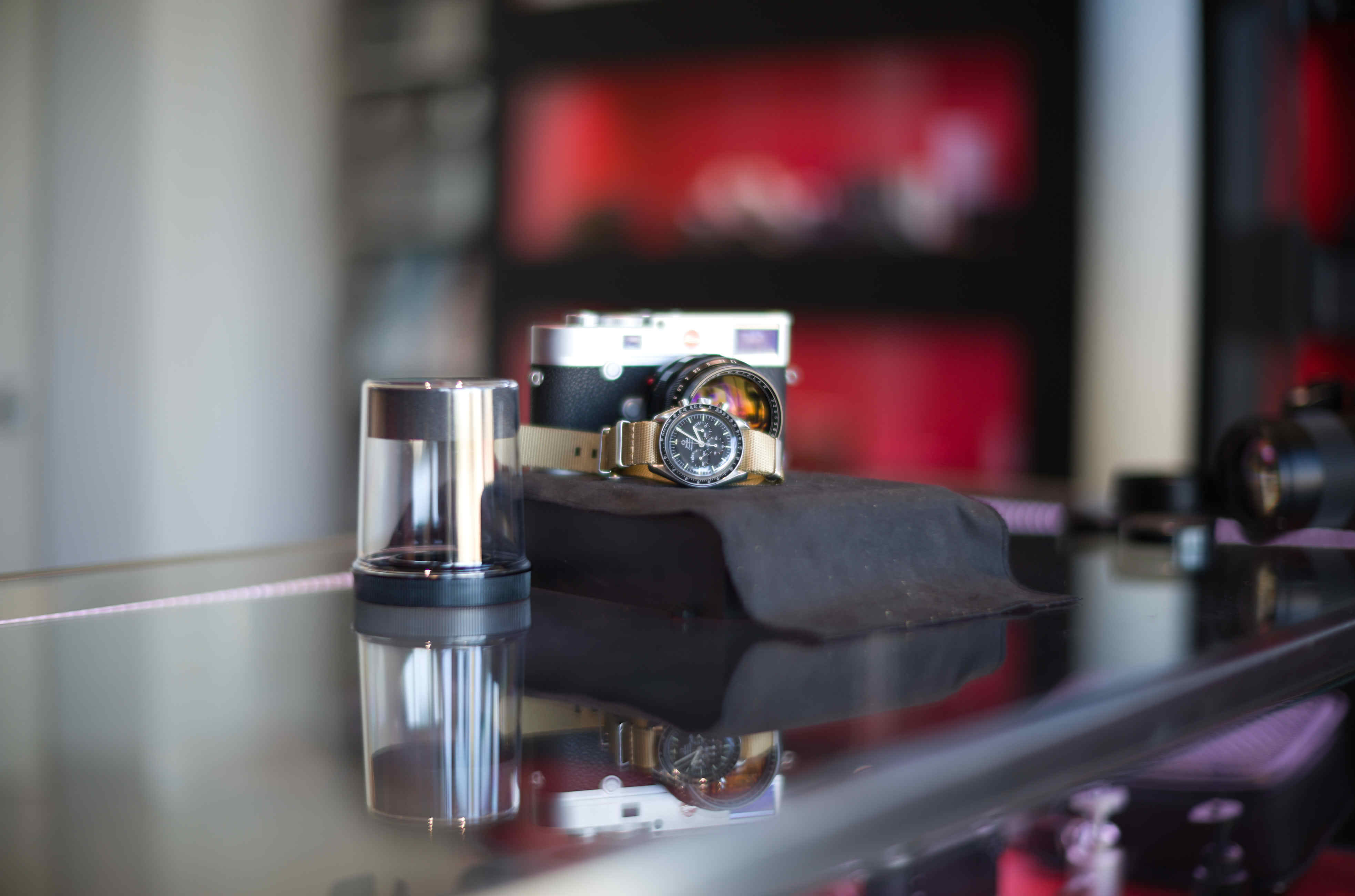